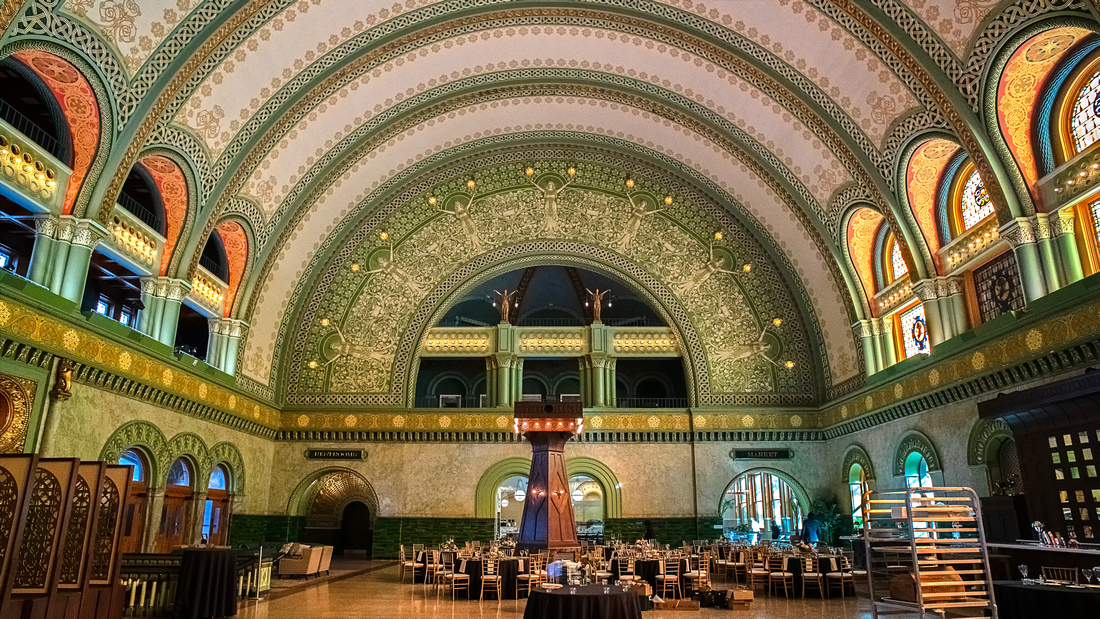 Union Station was restored in the 1980s as a hotel, shopping and entertainment center, wedding and meeting venue, restaurant complex, and home to the St. Louis Aquarium and the Wheel, a 200-foot-high observation wheel.

Grand Hall, with its Art-Deco, barrel-vaulted ceiling, mosaics, gold leaf ornamentation, detailed moulding, and Tiffany stained-glass windows, was the former train lobby and is now the hotel’s lobby and the location of one of its restaurants.

The famous photo of President Harry Truman holding a newspaper with the erroneous title, Dewey Defeats Truman, was shot at Union Station.