The Tomb of The Prophets (Haggai, Zechariah, and Malachi) 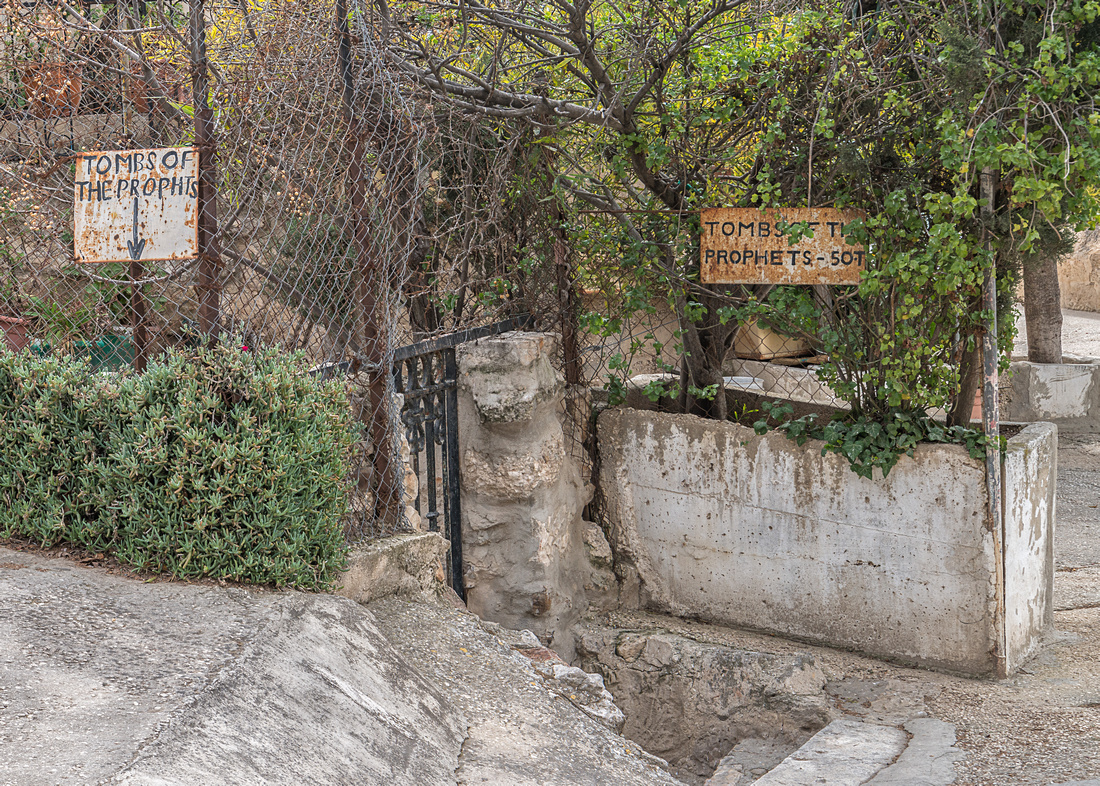 The Tomb of the Prophets

The Tomb of the Prophets is an ancient burial site located on the upper western slope of the Mount of Olives.  The catacombs are said to be the burial places of Haggai, Zechariah and Malachi, the last three Hebrew prophets who are believed to have lived during the 6th and 5th centuries BC.

Jews and Christians visit the tombs of these prophets of the last three books of the Old Testament.  However, the authenticity of this site has been questioned, since the tombs are kokhim (rock cut) shafts which came into use only in the 1st century BC.

The entrance to the large rock-cut burial catacombs is on the western side, where a staircase descends and leads into a large, circular, central vault measuring 24 feet in diameter.  From it, two parallel tunnels, 5 feet wide and 10 feet high, stretch some 20 yards through the rock.  A third tunnel runs in another direction.  They are all connected by cross galleries, the outer one of which measures 40 yards in length.  Research shows that the complex dates from the 1st-century BC.

In 1882, the Russian Orthodox Church bought the location.  They planned to build a church at the site which aroused strong protests by Jews who visited and worshipped at the catacombs.

A car pulled up and let two schoolkids out and they ran into the gate.  It became apparent that I might be at a religious shrine but I was also in someone’s front yard.  A short way into the property, steps went down a stone staircase into the tomb but a metal gate was closed and locked.  I took a couple of photos and left.

As I left, I saw something that was all too common in Israel.  An outside corner of the property was covered in trash.  Not cleaning up the trash seemed neglectful in the Holy Land, even at an apparently little-visited shrine.