The Chapel of the Ascension (Ascension Rock) 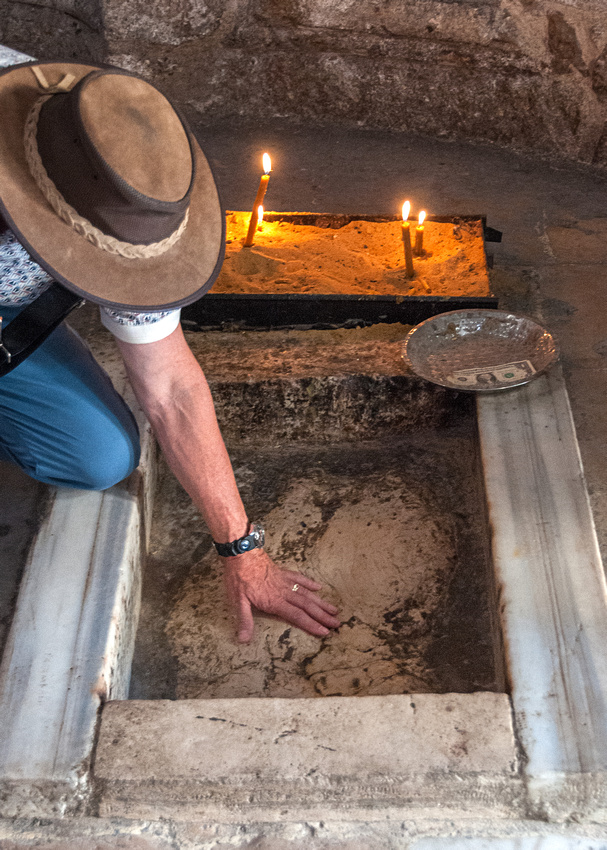 The Chapel of the Ascension is a shrine located on the Mount of Olives in Jerusalem.  It is believed to be the place where Jesus ascended into Heaven 40 days after His resurrection.  It houses a slab of stone, the Ascension Rock, believed to contain one of Jesus’ footprints.

Ascension Rock is believed to display the right footprint of Jesus.  The section displaying the left footprint was taken to the Al-Aqsa Mosque on the Temple Rock in the Middle Ages. Many believe Ascension Rock was the last place on earth touched by Jesus.

Saint Helena, mother of the Roman Emperor Constantine I, made a pilgrimage to the Holy Land between 326 and 328.  She identified a spot on the Mount of Olives as being the place of Jesus’ Ascension.  On her return to Rome, she ordered the construction of a sanctuary at this location.

Several chapels have been built but destroyed by invading armies.  The main structure of the current chapel is from the Crusader era.  The original chapel was open to the sky; the octagonal drum and stone dome are Muslim additions. The exterior walls are decorated with arches and marble columns.

The site of the Chapel of the Ascension includes a Christian Chapel and a Muslim Mosque and minaret.  The Chapel is under Islamic jurisdiction.  It is surrounded by a walled courtyard because it is in a strategic location overseeing the city and was once a fortified monastery.

There are hooks in the walls of the courtyard that have been used by pilgrims to cover the yard with tents during the Ascension celebrations.

Unlike most religious shrines in Israel, the Chapel of the Ascension has an admission charge.