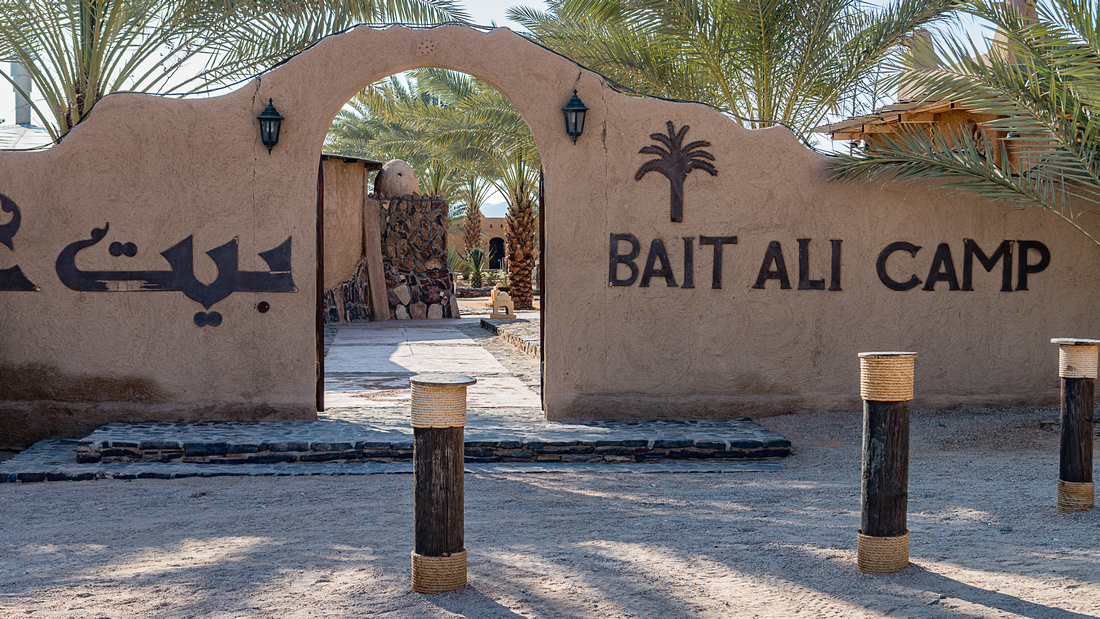 After a long day in Petra, I booked the Bait Ali Bedouin Camp in Wadi Rum.  I wasn’t sure how rustic Bait Ali would be – sleeping under the stars, sleeping in a tent, sleeping next to camels and other livestock?

Bedouins are historically nomadic desert dwellers who herded camels, goats, and sheep to find water and better grazing but, in recent times, many have settled down in permanent encampments.

On the bus ride to Petra, I saw many modern Bedouin encampments.  Instead of tents that could be easily torn down and moved, camels, goats, and sheep, the permanent encampments are a few living quarters of questionable construction enclosed by low, concrete fences around the encampment, presumably to keep livestock in and strangers out.

Part of the reason these permanent encampments have increased is that many governments would like to wipe out the nomadic Bedouin lifestyle.  Syria, Egypt, Israel, Jordan, Iraq, Tunisia, and Libya have tried to turn Bedouins into settled citizens.  They want to seize lands that Bedouins have historically controlled and claim the migratory encampments are illegal settlements.  In addition, Bedouins of old never paid taxes or filed government forms.  Even disputes within the tribes were settled by the tribe and not by the government.

Since Jordan relies so heavily on tourism, there are many Bedouin camps that are permanent, modern, and appeal to tourists.  Bait Ali is one of those camps – a commercialized version of a Bedouin camp that honors Bedouin traditions in food, customs, etc.  It is a huge operation that is a camp and rest area (oasis) built in the Bedouin Arabic tradition blending naturally into its desert surroundings.  Bait Ali can house as many as 300 people in permanent tents, small dwellings with no heat or air conditioning, and larger air-conditioned dwellings with more amenities.

When my friend and I arrived late in the evening, we found we were the only two guests in that off-season day but we were greeted with a very large Arabic dinner of pita, hummus, olives, hot tea, etc., all vegetarian.  My friend who ate at every McDonald’s in Israel, didn’t eat a bite.

After dinner we were shown to our bungalow, number 22, which was a stucco building just large enough for two beds and a shower.  It was described as a small chalet with fan.  The beds were concrete slabs with a pallet lying on them – no box springs.  There was electricity but no TV, no air conditioner, and no heat.  The fan wasn’t needed or used.

The desert was very arid and daytime temperatures didn’t seem hot but the sun was constant and might have fooled you into getting burned.  The nighttime desert temperature was a different thing.  It got down to the low 60s and I piled on two or three thick stadium blankets to keep from freezing.  I could see the nighttime light through cracks in the ill-fitting door.  In the morning, it was still too cold to take a shower.

We were greeted with another big meal – a breakfast that included pita, hummus, eggs, labanne cheese, sliced tomatoes, cucumbers, butter, jams, cornflakes, and milk.  Olive oil with zaatar was available.  Zaatar is a spice blend of related Middle Eastern herbs from the genera origanum (the same genus as oregano but a different species), calamintha, thymus (thyme), and satureja (related to rosemary and thyme).

Lunch could include traditional meals such as magloube (an upside-down meal of roasted vegetables, meat, and spiced rice), capse, mansef (lamb, rice, and yogurt sauce), and bukhari (rice and spices).

Dinner could include oven zerb (BBQ) with at least 8 appetizers including  salads, dips etc.  A sweet was either fruit in season or Arabic sweet of some kind.

A shisha (or hookah) was a single or multi-stemmed instrument for vaporizing and smoking tobacco flavored with molasses and other flavorings whose vapor or smoke is passed through a water basin before inhalation.

A lady stopped to talk to us and I asked her to sit down and join us for breakfast.  Her name was Susie and she was British.  She came to Jordan as a young schoolgirl and fell in love with the country and with a Bedouin (?) man she married.  They were the owners of Bait Ali.

Susie said most of the Bedouin cooks, waiters, and maintenance men lived on-site and they were like one big family.

Susie likely had the country’s only parrot that spoke Jordanian with a British accent.

Looking around in the daytime, there was a wall around the huge encampment.  Palm trees were everywhere and it looked like small palm trees were being cultivated on the edge of the property.

Bait Ali was also beginning to do desert farming to grow organic produce that would be included in salads and other meals.

At the main entrance gate, a sign said Bait Ali Camp in English and Arabic.

In the registration office, you could buy a few mementos and other items but a sign said no credit cards were accepted – only cash.

An old biplane sat within the walls.  I’m not sure if it still flew.  Probably not since I didn’t see access to a runway or an open desert runway.

There were many indoor and outdoor settings for gatherings.  The largest was a 3,000-seat outdoor amphitheater – the first private amphitheater in Jordan.

Bait Ali caters to weddings (large and small), birthdays, promotions, concerts in the 3,000-seat amphitheater, and other gatherings.  It also hosts movie crews that can be based out of Bait Ali.

Bait Ali has traditional Bedouin tented areas, modern showers and toilets, bar facilities, and plenty of room for camping, whether in the tents already on site or for motor caravans.

There are also terraced areas with zerb ovens.  A zerb (or zarb) oven is a traditional Bedouin way of cooking food underground in the dessert.  A hole is dug in the sand.  Wood is burned until it is embers and the embers are place in the hole.  Meat, chicken, goat, or sheep, is cut into small pieces and marinated.  Vegetables, potatoes, tomatoes, carrots, onions, cauliflower, eggplant and sweet peppers are prepared and the food is covered with palm leaves and cooked underground.  I'm sorry I missed the vegetarian version of that meal.

Nearby Bait Ali Mountain is accessible from the property and gives you a great view of Bait Ali and Wadi Rum and a great place to stargaze.