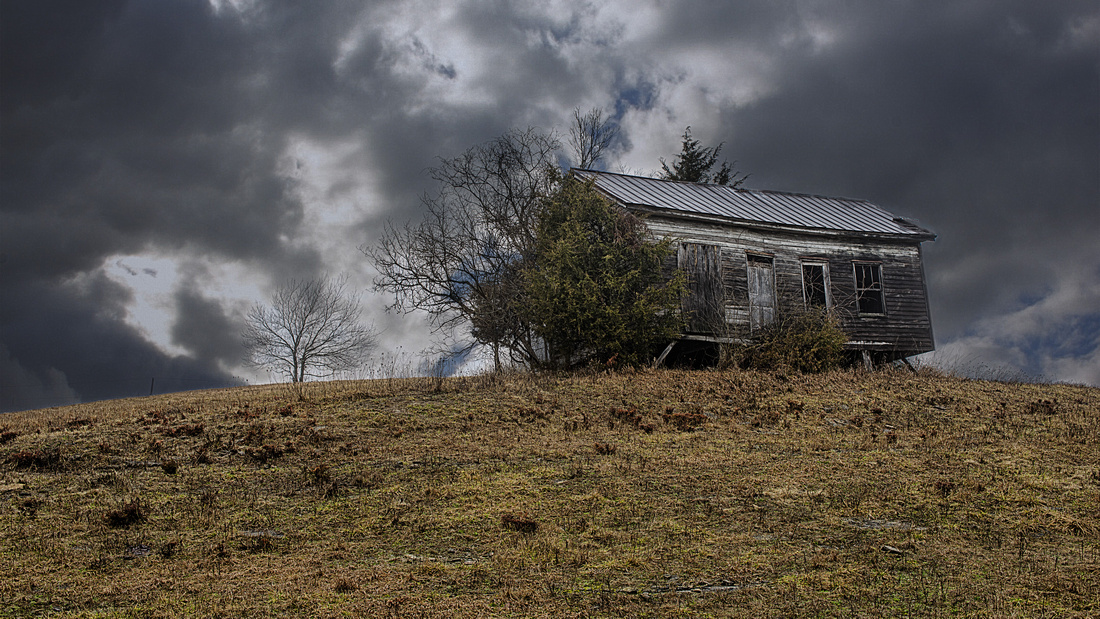 Sadieville is a unique name for a picturesque, hilly, historic Kentucky town about 30 miles north of Lexington, KY and about a third of the way along the route from Lexington to Cincinnati, OH.

During the Civil War, the area that became Sadieville was a horse refresh station on Eagle Creek where riders would swap for a fresh horse and continue their journey.

The Cincinnati Southern Railroad (CSR) built a railway through the area in 1876.  A post office was established on the CSR railway in 1878 and was named Sadieville after a prominent local resident, Sarah Martha “Sadie” Emison Pack.  The city of Sadieville was incorporated in 1880.  Because of its position on the CSR railway, it quickly became a post-Civil War railroad town, the largest US market for shipping yearling mules and colts, and a shipment center for Central Kentucky agricultural products.

Between 1917 and 1920, Julius Rosenwald, a German-Jewish immigrant’s son who was a founder, part owner, and president of Sears, Roebuck & Company, and well-known black educator, Booker T. Washington, built thousands of what came to be called Rosenwald Schools for black children across the rural south.

Building funds were raised in the local communities to promote collaboration between black and white citizens and Rosenwald matched the amount raised.  The Sadieville Rosenwald School was built at a cost of $2,500 using architectural plans from the professors at Tuskegee Institute.  It is the only Kentucky Rosenwald School still standing in its original location.

In 1941, Sadieville resident Robert H. Brooks was the first US Armed Services casualty or World War II and the main parade ground at Ft. Knox, KY was named Brooks Field in his honor.

It’s hard to ignore Sadieville’s history as a railroad town.  A sharp s-curve under a railroad bridge leads immediately to the block-long Main Street downtown area and past City Park where a Cincinnati Southern Railroad caboose is on display.

A sign with a picture of a steam locomotive welcomes you to “a historic Cincinnati Southern rail town”.  At the height of Sadieville’s railroad boom, the population was about 900.  Today, diesel trains still barrel through but have no reason to stop and the population has dwindled to fewer than 300 people.  Frequent trains pass through the downtown area at cruising speed with a deafening rumble and shake that reminds you of a time when the trains used to stop here.

There is ample parking downtown but few visitors.  I walked around taking photos and talking to friendly people in the post office and recently reopened general store with an antique LaFayette luxury motorcar parked out front.

The driver of a passing car rolled his window down and said, “You must own the car with Nashville plates.”

Another young couple pushed a baby in a stroller down a steep hill to meet their school-aged daughter’s school bus.

A Heinz 57 dog walked with purpose to a leaf filled curb, used his nose to cover a bone or other prize for later, and walked on with a confident swagger.

Life goes on in Sadieville.

The few downtown businesses and public buildings were mostly closed with signs in the windows announcing the days and hours you might find them open.

The three taverns from the heyday of the railroad town are closed but the Amazing Grace church is open on Sunday.

Just outside of downtown Sadieville, there is a mixture of old, decaying structures and new homes.  There are rural roads that lead through beautiful landscapes.  Every driver or pedestrian waves as you pass by.

I love small towns with character and stories to tell like Sadieville, KY.  You have to get off the interstate to see them but this is where most of America lives.