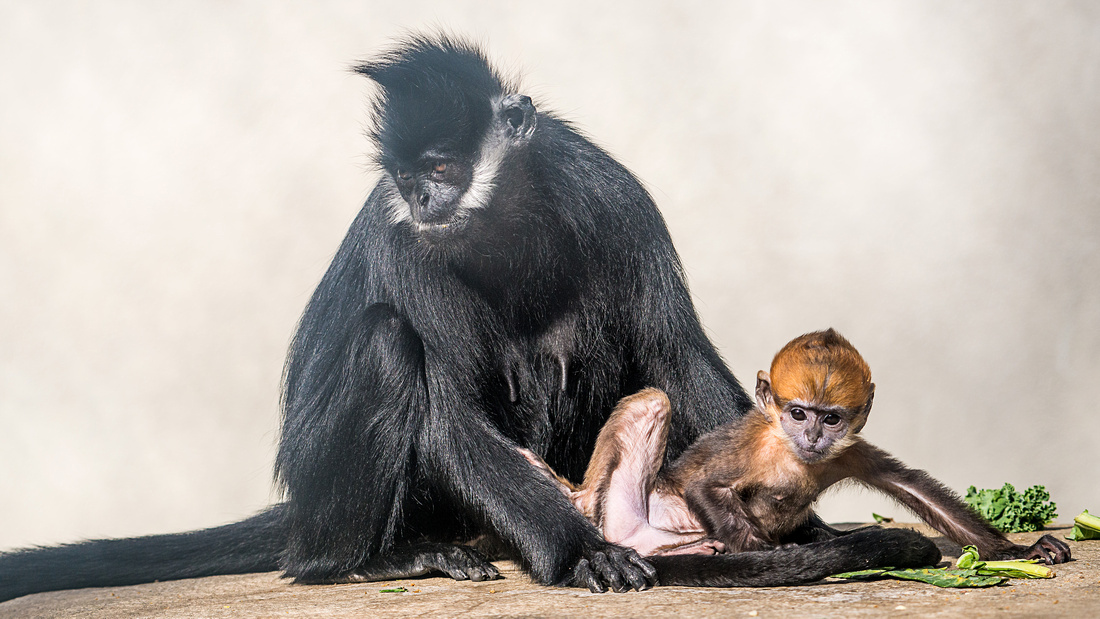 The Memphis Zoo was established in 1906 and is now home to over 3,500 animals of over 500 species.  Nashville has a nice, young, expanding zoo but Memphis has been in the zoo business for over 100 years and has my favorite zoo in the south.  The animal exhibits place the animals close to visitors with minimal barriers making the zoo very photographer friendly.

There is a wide range of animals from giant pandas to polar bears.  On this visit, I spent most of my time photographing the big cats and a tiny langur monkey named Raven and her mother Tanah who are pictured above.

Raven is a 2 month-old Francois langur, an Asian-native monkey named after the French Consul in China who discovered the species. Langurs are known for their distinct facial markings – their faces are completely black except for the two white strips of fur along both mandibles from mouth to ears.

Langurs are small animals. Males typically only weigh up to about 16 pounds and females weigh up to 12 pounds.  Langur babies are born with bright orange heads and their color changes to black as they mature. Langurs are folivorous, meaning they eat leaves almost exclusively.

Raven received her name because her birthday was near Halloween and also to continue the superhero theme of the names of other langurs previously in the troop: Vicki Vale, Jean Grey, and Bruce Wayne.

Raven was a never tiring ball of energy and wore Momma Tanah out.  Papa JayJay was nowhere to be seen.