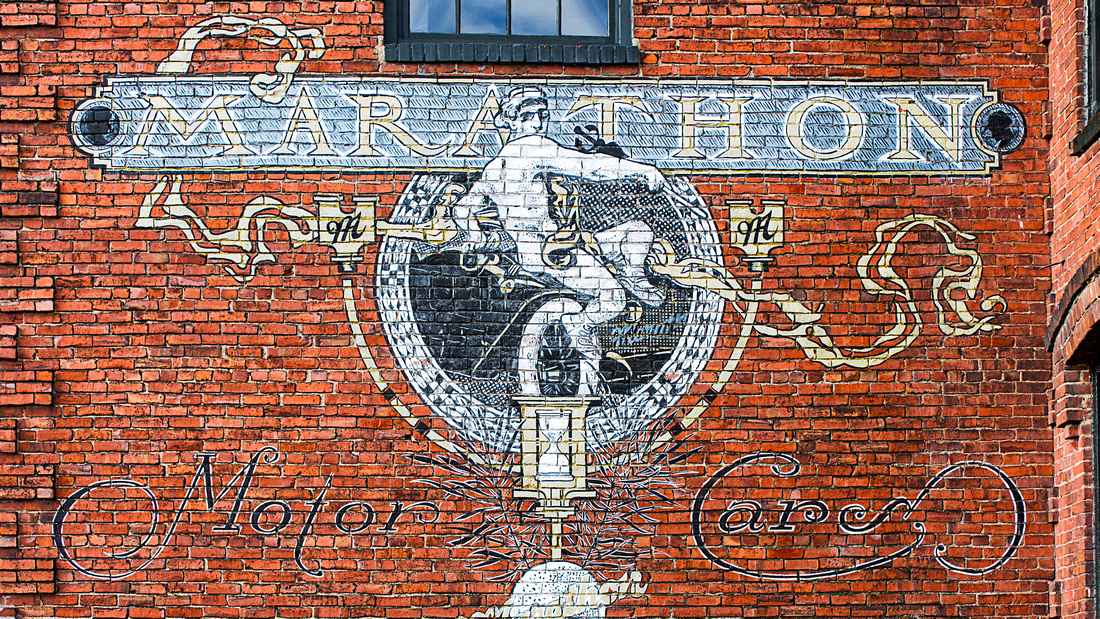 There is an old red brick building you can see from the Interstate when traveling through the western urban area of Nashville.

It is a massive, block-long, two-story building and has a brick tower in the center that rises to four stories – two stories above the main structure.  Bricks have fallen off the tower, windows are broken, and it is open to the elements.

The remains of a smokestack that I believe was once twice its current height has a small tree that has taken root and grows out of the top of the smokestack.

A water tower is covered with graffiti and graffiti covers the back of the building.

This building looks like a classic location for a daring and dangerous photography trend called UrbEx (Urban Exploration) where photographers gain access, legally or not, to an abandoned building and take High Dynamic Range (HDR) photos of the building’s decay.

But this building is not abandoned and has a history even many Nashville residents who pass by it regularly are not aware of.

The next tenant was Sherman Manufacturing, a Jackson, TN company started in 1874, sold in 1884, and renamed Southern Engine & Boiler Works. They produced gasoline engines and boilers.

In 1906, Southern Engine produced its first automobile under the name Southern.  When it was learned that another company was manufacturing a car named Southern, Southern Engine renamed their car Marathon in honor of the 1904 Olympics.

In 1910, Southern Engine bought the Phoenix Cotton Mill building and built Marathon Motor Cars there from 1910 until 1914 when bad management caused them to go out of business.

The building remained open with a small number of workers producing parts, presumably for Marathon Motor Cars, until 1918, and then, sat empty until 1922 when Werthan Bag purchased it to manufacture cotton bags.

After more changes in ownership and periods of disuse, Barry Walker, a Jackson, TN native, purchased the building in 1986 and spearheaded the Phoenix-like rise from the ashes of The Phoenix Cotton Mill/Marathon Motor Works building.

The Marathon Motor Works building is one of many buildings in a 4 block area that comprise Marathon Village.  Most of the buildings were built between 1881 and 1912 and are in a constant state of renovation and repair.

The gentrification of business properties in urban neighborhoods is often led by the artistic community – artists, musicians, etc., looking for affordable rental property.

The 1881 bricks in the Marathon Motor Works building look like they were molded by hand; they are not uniform shapes like modern bricks.  There are areas where you can see old and new brick side by side for comparison – repaired areas and new walls.

The support beams in the Marathon Motor Works building are roughly hewn, not machine milled.

The second floor has wood flooring, probably from the 1800s – worn and patched but beautiful.

The ceilings are so high a few rooms were added between the floor and ceiling with staircases leading up to them.

Modern wiring for phones, internet, etc., is visibly suspended from the ceiling and run in every direction beside plumbing lines.

There are sculptures in the halls made from old auto parts.

A chandelier is made from old tires and new bulbs with large filaments that are made to look old.

An ad for a cylinder reboring jig hangs on the wall and the jig is nearby.

An open air courtyard is bordered by the back wall of the building and a wall that no longer supports a roof.  The courtyard can only be accessed through the building.

A plaque put up by the State of Tennessee commemorates the time – 1914 to 1918 – when Marathon Motor Cars were made in the building.

I saw a lot of people heading to a first floor, street access business and stopped someone to ask what was going on.  The answer was American Pickers.

I haven’t seen the History Channel’s American Pickers reality TV show but the most often asked question I get from out of town visitors is about its location.  I can finally tell them it is in the Marathon Motor Works building.  Well, not exactly.

The store was small and very crowded but I got a few photos.  Typical for Nashville, a band was performing in the store and a three-neck pedal-less steel guitar was one of the treasures for sale.