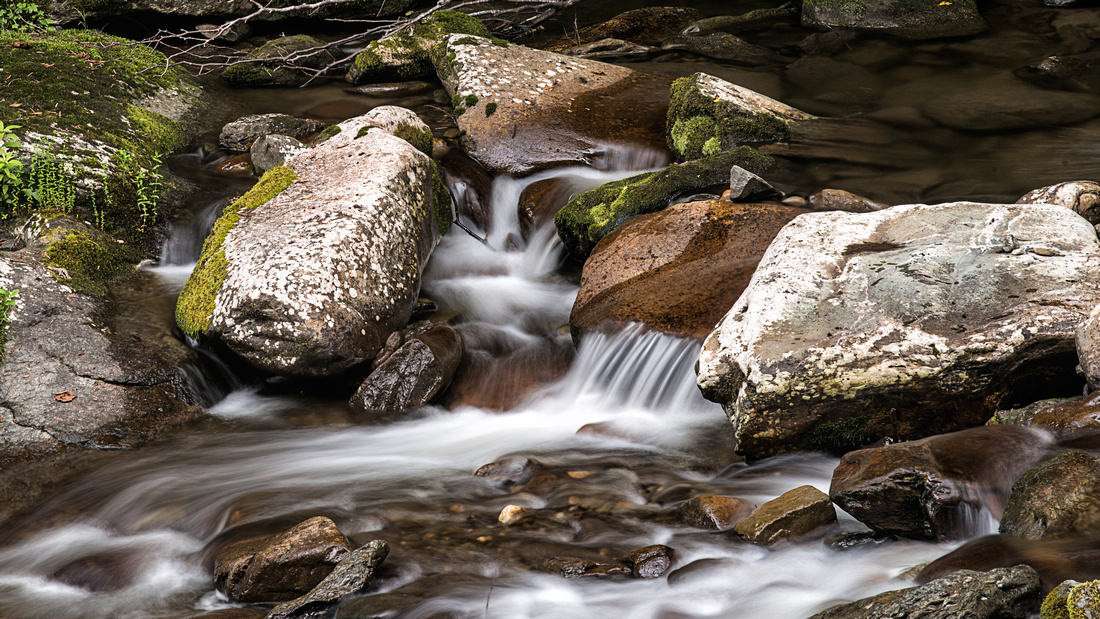 These images were taken at two of my favorite rivers in the Gatlinburg area – the Middle Fork of the Little Pigeon River near Pittman Center, TN and Little River in Townsend, TN.

The Middle Fork of the Little Pigeon River in these images is in Greenbrier, a valley within the Great Smoky Mountains National Park that is surrounded by several of the tallest peaks in the Appalachian Mountain chain, including the 6,593’ Mount LeConte.  Greenbrier is about 9 miles northeast of Gatlinburg.

Little River runs through the small town of Townsend, TN, about 22 miles west of Gatlinburg.  Townsend is one of the major gateways to the Great Smoky Mountain National Park and Cade’s Cove, the park’s most popular tourist destination that attracts more than 2 million visitors a year.

Townsend is much smaller and less touristy than Gatlinburg – unlike Gatlinburg, you can get from one end of Townsend to the other in way less than an hour.  One of the major Townsend summertime attractions is tubing down the Little River; the river was full of people on brightly colored rented tubes.

Except for a few tubing photos, all images were shot with Singh-Ray’s Vari-ND variable neutral density/circular polarizing filter.