Drum and percussion literature for high schools and colleges used to be dull until the wild and crazy guys at Row-Loff Productions came along in 1990.

I shot a photo for Row-Loff’s new advertising campaign.  At the end of the day, we arrived at MTSU’s band room where The Band of Blue’s wall of tubas hang and instruments of every kind are neatly organized.

The purple suited hipsters took their position in the middle of marimbas, tympani, gongs, congas, and a very small cowbell – more cowbell, please!  They were accompanied by two duck decoys and a yellow plastic parrot that still had its price tag attached.  After the shoot, an announcement was made that the purple suited hipsters had left the building.

See a few more photos at:

For more about Row-Loff Productions, go to: 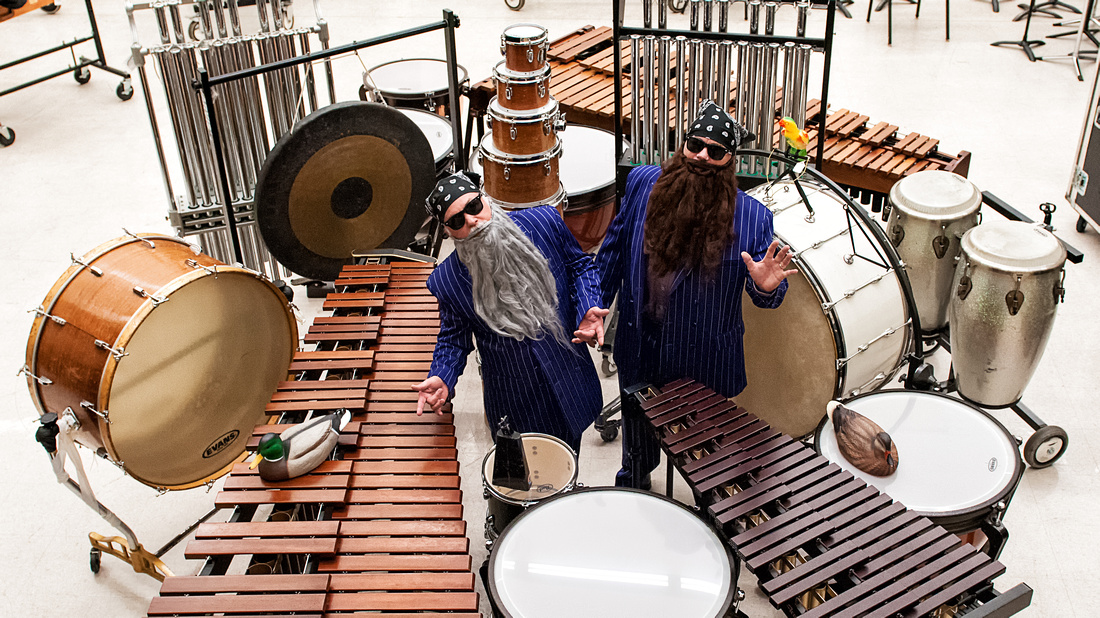