Balloons, Tunes & BBQ in Bowling Green, KY is a United Way sponsored annual festival an hour away that hosts about 20 hot air balloons – far fewer than the 750 balloons at the Albuquerque International Balloon Fiesta, the world’s largest balloon festival, but enough balloons for interesting photo ops.

The problem with attending many balloon festivals is scheduling – a Fly-In that was supposed to happen shortly after sunrise in Bowling Green didn’t happen until hours later, possibly because of morning fog; a Hare & Hound balloon race departing from the event site at the Bowling Green airport started several hours before the announced time.  The Balloon Glow started on time, shortly after sunset, and was worth a couple of days of little sleep, lots of driving, and lots of time to kill in between events.

There are several events common to balloon festivals.  A Fly-In is when all balloons depart from a location miles away, pass a designated checkpoint, drop a red marker close to a target, and travel on to arrive at the event.  It’s amazing that most of the 20 balloons arrived at a designated location at the Bowling Green airport.  All balloon pilots aren’t that lucky.  One balloon landed in the middle of a cemetery across the street from the Bowling Green airport.

In a Hare & Hound race, one or a couple of balloons, the Hare, depart from the event.  The remaining balloons, the Hounds, follow the Hare and prizes are awarded for the balloon that lands closest to the Hare.

Tethered Rides allow the public to ascend a few hundred feet in a tethered balloon.

Unlike the Albuquerque event where attendees have unlimited access to walk up to balloons and even lend a hand, at Balloons, Tunes & BBQ, attendees’ access to balloons is roped off but still close enough.

Ballooning is an expensive sport and requires corporate sponsors, investors, teams of people to transport, set up, and track balloons.  Balloon teams are made up of investors and families.  Every ballooner I talked to was passionate about their sport and willing to share their love of ballooning with the inquisitive public.

As much as I liked Balloons, Tunes & BBQ, I probably won’t be back next year.  When I arrived for the last event, the ticket seller told me “no professional photography”.

I explained to the Balloons, Tunes & BBQ ticket seller that I was aware of the ban on photographing entertainers but I was only photographing balloons.  Same answer – no professional photography of balloons.  I wonder which balloon complained about unflattering photos.  “He made me look overinflated!”

Banning professional photography of balloons is stupid.  Blogs like this, accompanied by decent photos, are free advertising for balloon festivals and I doubt that a single ballooner would say don’t take a photo of my balloon.  A number of photos in my Balloons, Tunes & BBQ gallery were taken outside the event.

Stupid rule or not, it’s Balloons, Tunes & BBQ’s festival and they can make whatever rule they want and I exercised my right to leave without paying the $10 parking and $6 a head entrance fee.  That’s my “no banned photography” rule.

By the way, the Albuquerque International Balloon Fiesta allows and encourages professional photography and has balloon photography contests each year.  If Albuquerque is too far away, there are hundreds of balloon festivals all over the country and all over the world. 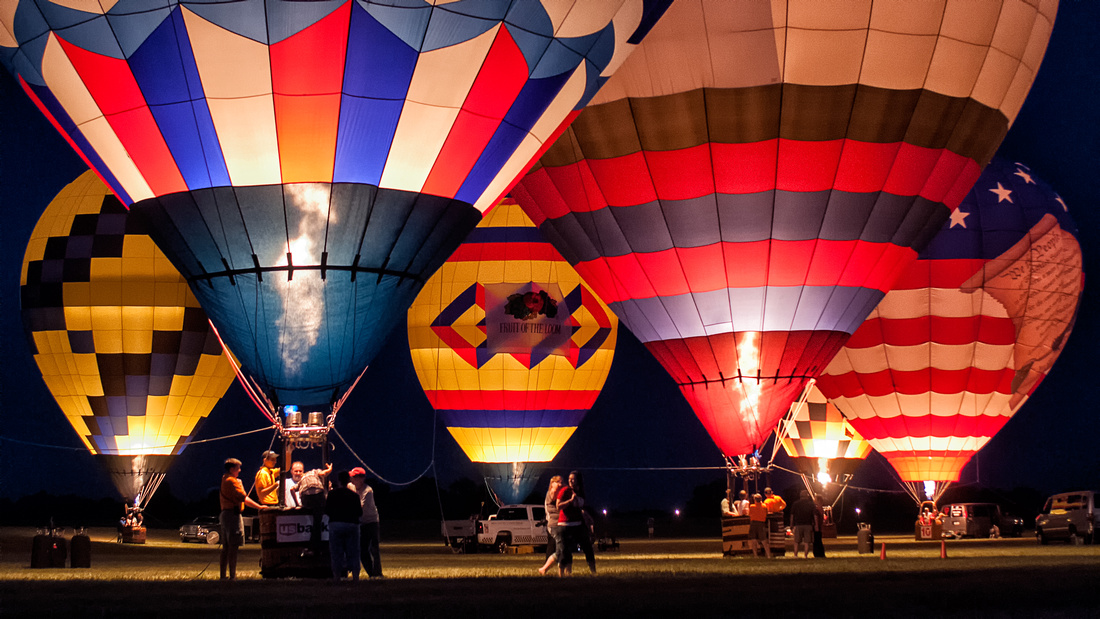